Quiet Parks International
A non-profit committed to the preservation of quiet...
293
1
@quietparksinternational Soundscape Ecology
The aural richness of a habitat is a direct measure of its biodiversity. Compari...
2583
9
@david 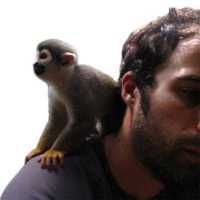 The idea of a...
Composed and performed by Mike de Sousa

The idea of a garden is complex, yet so easily experienced...

I ponder on what defines a garden, the gardener, on our need and love of gardens, and my experience of them, near and far.

Two gardens have shaped me. The garden where I live in Southern England, and a garden in Tuscany, Italy where I spent three months in late summer and autumn...

Enjoy the music together with accompanying artwork and my thoughts:

To discover more about Mike visit his site at:

Times are strange. We all have to push ourselves forward digitally in order to maintain a "Social DJ Life," which reveals how our social image and music are intrinsically connected; the status of a DJ becomes instantly meaningless without actual people gathering and communing through music.

With the overflowing amount of information, it is sometimes easy to get lost in an endless consumption of content.

I am of course, also part of this social media game, and thought a bit about what I wanted to present within these messy times, I decided to compile a mix of birds singing to help relaxation.

Now that cities are running at idle speed, nature is slowly coming back through unexpected forms:

Butterflies can live their life without getting hit by a car, plants are retaking what is theirs and birds fly and parade in front of us, not nagging us but just beautifully expressing their freedom.

This mix idealises my dream journey in nature after lockdown, with all its phases, from apprehension to hope.

I hope you, like me, enjoy the original singers of this world.

This includes a recording I made at the botanical garden of Melbourne when I toured Australia in May 2018.